From Goods to Good 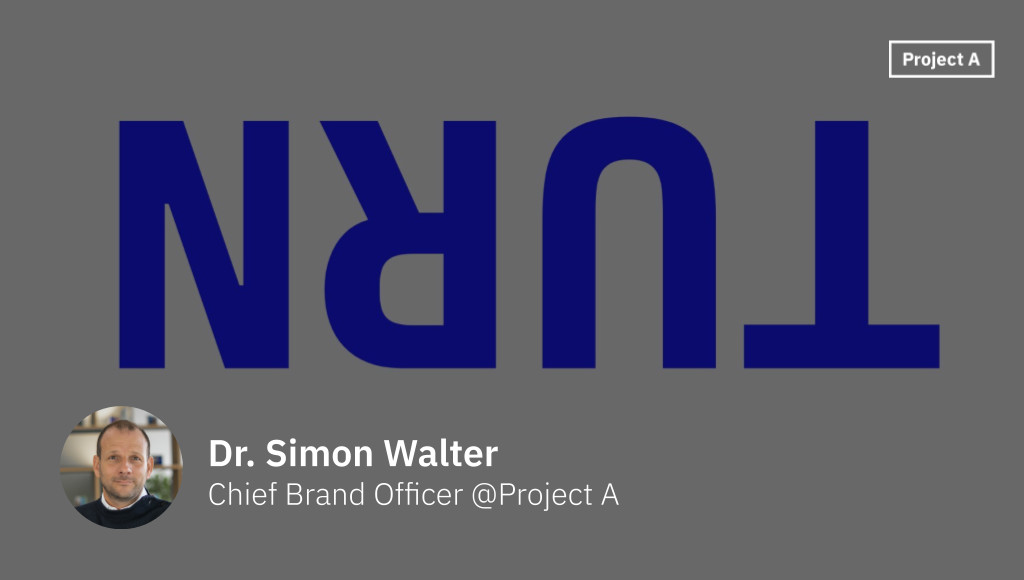 Digitisation has led to an explosion of new channels, touch-points and instruments and hence disrupted the way brands are built and are communicating with their audiences. Performance and search engine marketing became somewhat the core of every brand communications strategy and old school one-way advertising was heavily replaced by the rise of social media. So, the lower funnel, the rather tactical part of branding literally turned things upside down in marketing and led to fundamental changes in brand management.

These technological and structural developments often overshadow the changes of the strategic part of brand management. But also fundamentally new approaches to brand positioning emerged at least twice in the last 25 years: Towards the end of the last century, the originally very product-focused way of branding was often replaced by a more image driven and hence communications-based approach. Later, after the new millennium started, more and more scholars and practitioners put the emphasis of brand management away from suppliers and users towards the entire society and postulated a new, discourse-based, cultural interpretation of brand and branding. 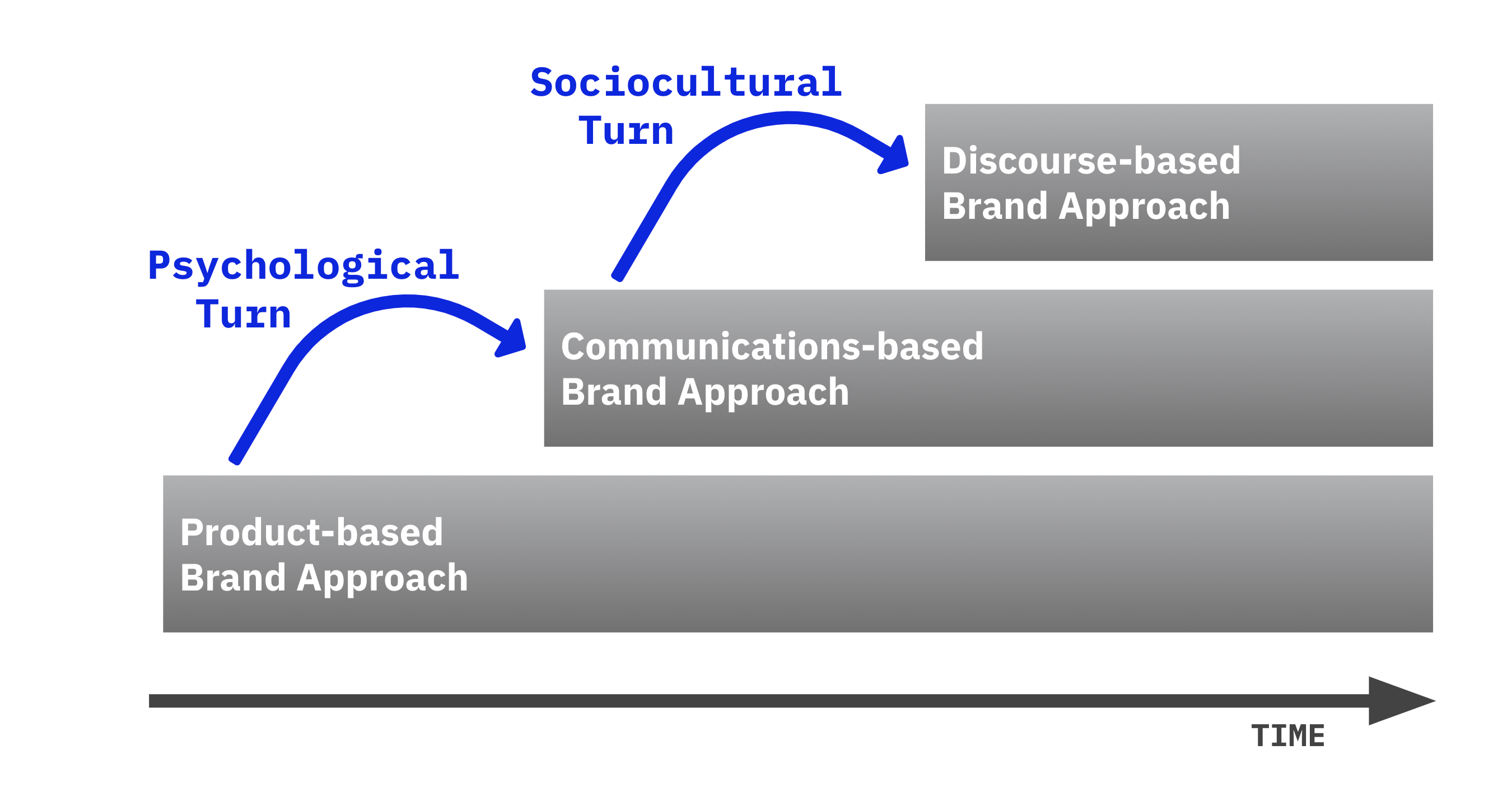 These shifts from one brand approach to the other can also be described as turns. The term originates from the arts and humanities and represents a change of perspective or a new accentuation within an academic discipline. But contrary to the popular term paradigm shift, a turn doesn’t really replace something old with something new. A turn rather leads to a coexistence of different, sometimes even contradictory approaches to the same object of investigation. The three different approaches to brand positioning as well as the turns that happened in between are briefly described below.

Until the end of the last century brand management was all about the product, its features and functions. The main job was to „just“ stage the unique and distinguishable product feature and hence differentiate the brand from the rest of the industry (at this time often unbranded goods). The product’s unique selling proposition (USP) was at the core of every brand strategy.

A revolutionary advertising campaign that constituted this approach to brand management was Volkswagen’s Beetle Think Small campaign. At a time, when big cars with even bigger engines were en vogue, this campaign staged the features and advantages of the small, almost minimalistic Beetle in a way customers could relate to. It was the commercial equivalent to the famous Bauhaus quote “less is more”. 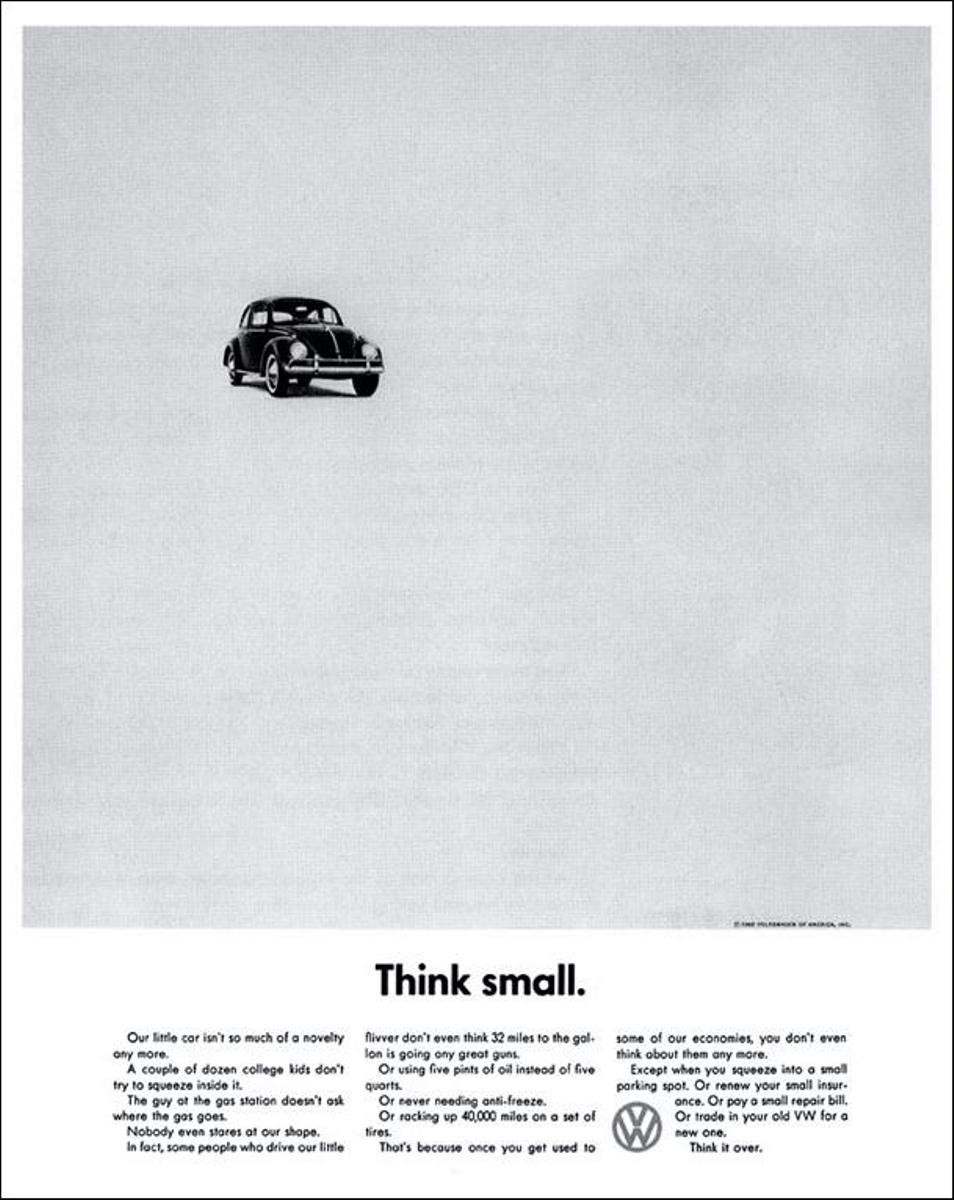 The product-based approach worked incredibly well for decades until many consumer goods and services became very similar. Most USP’s were successfully copied. To then differentiate the brand from its competition, the idea of the unique selling proposition (USP) was more and more replaced by the acronym UAP (unique advertising proposition) as well as by the famous term „added value“.

This change of perspective, from a branded good towards a rather image driven and communications based understanding of branding (see next paragraph), can be described as the „psychological turn“.

As the name suggests, this brand management approach is about communications and promotion. The goal is to create a unique brand image by means of advertising (UAP) and thereby compensate for the abovementioned homogenization of product features. By the end of the last century, it was no longer about functional benefits, but about experiential needs. The user replaced the product, moved to the center of brand management and her or his attention became the limiting resource.

Apple’s Think different campaign from the year 1997 was style-defining and purely communications-based and image driven. The campaign didn’t show a single product, nor did it promote any special product features. But exactly the new and inspiring approach of adding the value of creativity to the product created a meaningful brand. 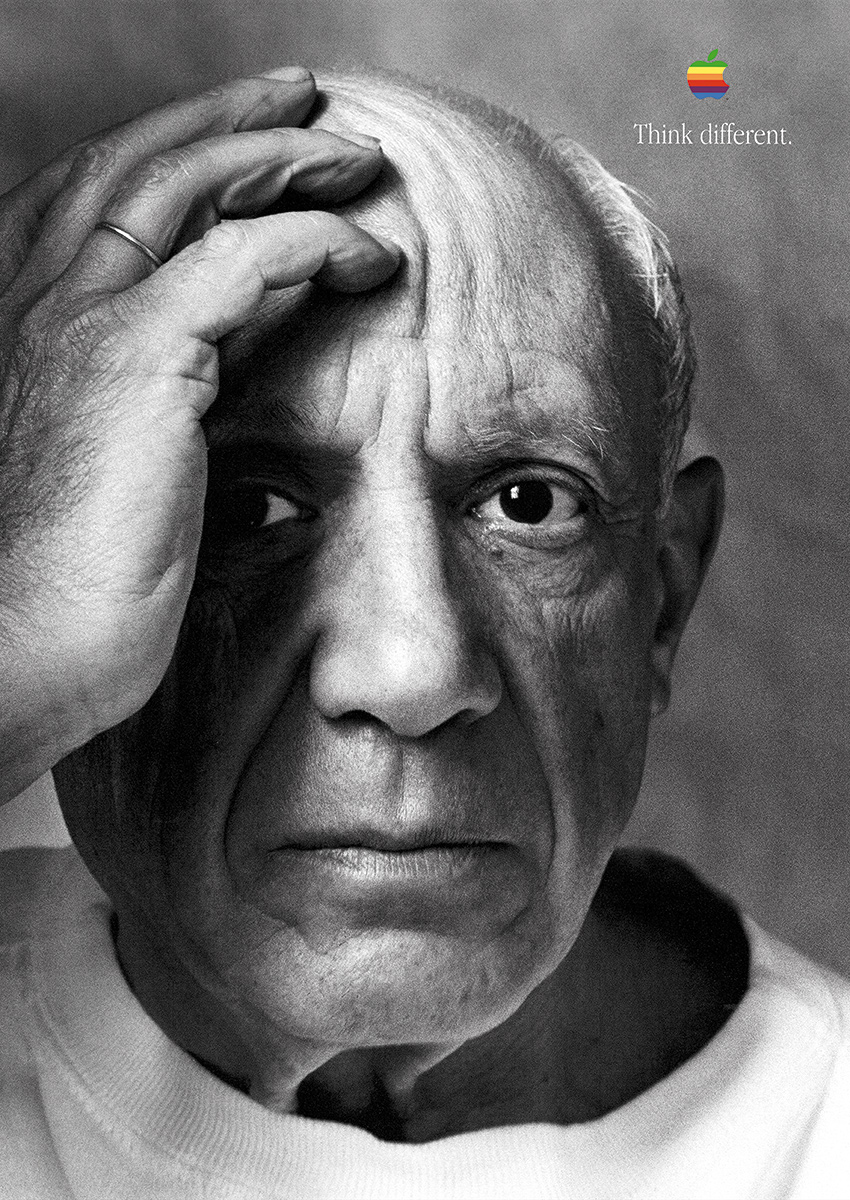 The only problem of the communications-based approach is that the relevant dimensions of an added value that can authentically be created around a specific product or company are somehow limited: success, classiness, prestige, freedom, youthfulness, eroticism, sportiness, creativity and maybe just a few more. As there are thousands of brands fighting for attention, brand images have been sharing the same destiny as products: They became more or less interchangeable (brand parity). At the latest when you see breweries trying to sell weiss beer with sexiness (“Das Bier, das hat so schön geprickelt in meine Bauchnabel”) you know, the concept is somehow over the edge.

So, the need for new approaches to branding arose again and led to the socio-cultural turn in brand management and a discourse-based brand approach.

In the framework of this approach brands are no longer understood as branded goods or communicative means but as cultural expressions with symbolic benefits. The basic idea is that brands (together with other pop-cultural authorities such as movies, music, or literature) have the potential to compensate for the decreasing importance of socially connecting institutions like religion, politics, or style. By buying one brand and not the other, people demonstrate their belonging to a certain community or social group and at the same time differentiate themselves from others.

“The Evolution of Beauty” campaign by Dove is a perfect execution of a revolutionary discourse-based brand strategy. Instead of featuring a product or communicating experiential needs, this campaign uncovers the truth behind the “perfect” images of women we see in media. Dove thus takes a stand and advocates for a positive body image.

So, this approach is all about the „Why“, the company’s and brand’s purpose. According to this approach strong brands need to have a compelling belief that positions them in the social discourse and that is then translated into an authentic (brand) behaviour. But is the discourse-based brand approach, just because it's the most recent one, superior to the two others?

As mentioned above, every turn adds a new perspective to a specific discussion. Regarding brand management this is very useful as with every turn the possibilities of differentiating a brand from its competitors grow. Today, marketers and brand managers can basically choose among the three discussed approaches according to their company, product, market, and brand.

If chosen wisely, all three approaches can be extremely successful. Nowadays, Apple has successfully put its focus on the product-based approach by staging the product benefits. RedBull focuses its brand management on the communications-based approach by fascinating its customers with images of adventurous extreme sports. With the mission “to save our home planet" and its implementation in the communications strategy, Patagonia is currently successfully mastering the discourse-based brand approach. But which one of the three is the most suitable for startups?

If a startup has established a resilient product-market fit and the product really is better than the competition (especially in the B2B market), then the product-based brand approach is most probably the right choice. The brand should then be built around the superior product and should stage the USP.

Whenever there is the possibility to avoid the second approach, especially early-stage startups should do so. Because when following a communications-based brand positioning you usually have to compete against big incumbent companies with huge communications budgets, which makes this approach quite expensive and oftentimes unrealistic. However, for ventures with a lot of funding this approach can also work out well.

Especially for early-stage startups that are still iterating their product, the third, discourse-based brand approach might be the most promising one. At the beginning of a company's life, the brand mainly works internally as an aligning idea of what the venture stands for and where it should be heading. Formulating a brand belief or brand purpose beyond profit-making gives the startup and its stakeholders a unifying reason for being and ideally brings clarity, consistency, and energy to the newly established business.