When hiring a CTO, what qualities should you look for? 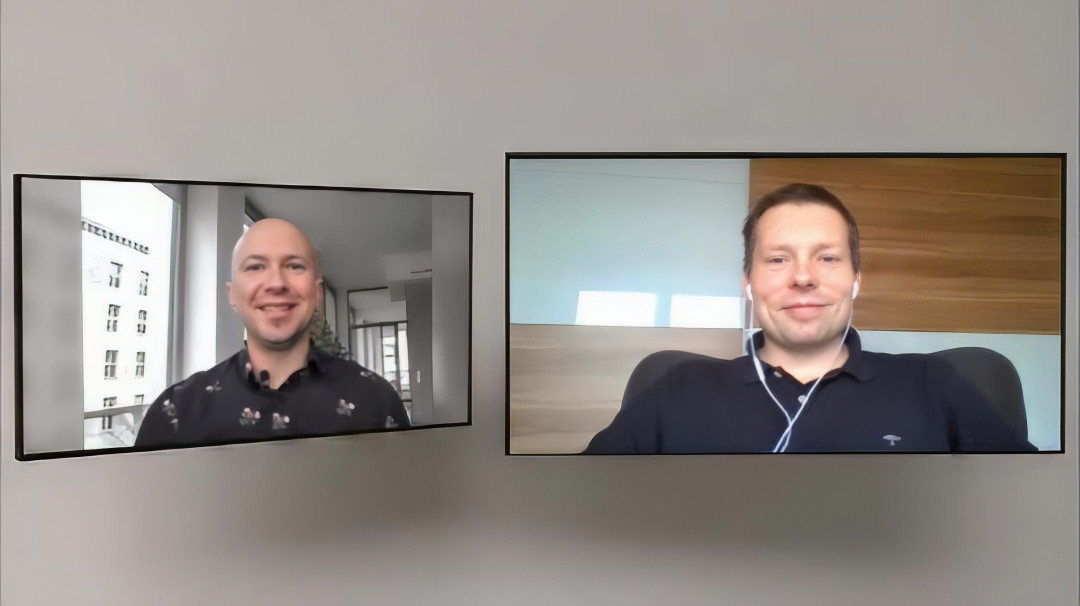 Within our Project A family, we have this video series called "CTO Thoughts". I (Merlin) talk to our CTO for about 10mins about themes that might be interesting to the tech teams at our portfolio companies.

We post it every week to a Slack channel that we use to share knowledge across our portfolio. Because it's a bit rough around the edges, we initially kept it to this smaller audience. But then we thought "why not share it more widely ?"

So, for our first public edition, we decided to release an interview we did on the qualities you should look for in a CTO. Here's a summary of the main points that came up:

You can watch the full interview on our Youtube channel. Since some people prefer to read, I've created the following transcript of the interview. It's not a word-for-word rendition (I've cleaned up some of the language for clarity) but it's an accurate record of our conversation.  I hope you enjoy it:

MERLIN: Can you provide a general overview of what you're looking for in a CTO or is it something that you decide on a case-by-case basis?

STEPHAN: I think I don't have a clear answer yet because it highly depends on the stage of the company.

I think for me, I would always look on one hand that the person (again depending on the stage of the startup) has the necessary technical skillset.

So in a very early stage startup, the CTO would probably develop him or herself by coding - maybe on a daily basis - because that team is relatively small.

We would probably look more for somebody who ideally has some full stack experience, who knows the whole stack from the front end to the back-end infrastructure and who is able to contribute to these stacks. So, not a "strategic" CTO who's a super high-flyer.

And we'd look especially for a person who's also able to build a team because that's normally what happens. Building the right team and finding the right talent…. this is more for a CTO at a startup - a really early-stage startup.

If you look at more major companies or companies that are at a specific stage, then you would probably look for somebody who's also able to drive the strategic part and become like a counterpart for the board. So they would ideally participate in board meetings and can shape the whole tech and engineering organization by setting goals.

But they would still need to have a strong tech understanding - that's definitely helpful to be able to have discussions with developers and managers on the same level.

But if the change is going towards building the tech organization, introducing the right processes and tools, making sure that measurability is there, that you have SLAs in place and so on - that's typically a different kind of person who you're then looking for.

M: So would you say there's a typology of CTO? I've seen articles talking about different personas like "the technical CTO", the "entrepreneurial CTO" and so on….is there like a standard set of personas or profiles that you have in mind when looking for someone?

S: I would say there is not a standard set of personas. I mean, there are these personas and I think they're helpful for giving you an idea….if you like to put people into buckets, it gives you some kind of indication.

But again, it highly depends on the company, on the role of the CTO, on what is actually expected. I would try to make clear what kind of expectations the CTO needs to fulfil for the current state of the company…

…and put a checkmark against that and also look at where they are strong...to say "okay, yes, this is a strength and that is a strength" rather than looking at where they have the "least weakness" or putting somebody into one of these personas.

Also, we need to speak about what kind of business a company is doing - so if you speak about a heavy AI or research development-driven company then you will probably have a highly technical CTO who's driving a topic by him or herself.

Let's say you're running something like a software as a service business or a platform business that is more a commodity approach. The CTO here would probably not be like the researcher…investing his or her time into AI and really doing research…but they would more likely bring the team on board at a fast pace…and build the product right.

I think we see all of the different types of these CTO in our portfolio and the really technical ones, the research-oriented ones, they often have somebody in a kind of VP position or some kind of tech lead who then is taking over the part of rebuilding the organization, establishing the processes and stuff like that.

M: What about the cases where we have a private equity investment? These are more traditional businesses that have recently digitized. Would you say that these businesses need another different type of CTO altogether?

S: Yes sure…I think what we see, at least in our portfolio, is often those companies do not really have a CTO at all. So if I think back to our portfolio, then I have just two companies in mind who from the start (or since we invested) had a CTO on board.

The rest were mainly running without one and had somebody more responsible for "tech" overall (whatever that means in that specific context) but not somebody who is responsible for technology on the C-level.

And I think that's a bit of the mindset…because these private equity companies often come from a direction where technology is more seen as something that is …let's say… enabling the business but not necessarily driving it forward by improving stuff.

So technology has more of a "helper" function and so there is no need to have somebody that represents the tech perspective on the C-level.

This typically changes over time as, nowadays, I would say more or less every company is seeing tech as functionality…and as a product…that really drives the business forward and enables different business models and opens opportunities.

M: When you're looking for a CTO do you immediately start looking externally or perhaps you can find someone within the company that you can promote?

S: Typically, when somebody from inside the company is going to be promoted that is nothing, at least, where I'm involved.

So we had cases like that…and then it's more like…that person actually grew over time and stepped up their career, and then became the CTO of the company. Which definitely can be a very good idea for a company that already exists quite a while in the market. Because that person knows all the insights, knows all of the relationships within the company and so it's much easier for the person to start in that role and they're normally also already seen as some kind of natural leader who then gets the CTO title.

If you look outside, then I would say…you typically look for a CTO externally more if you're in a stage where you, either just started or where your stage of the company changes… and then it can be helpful to bring somebody from the outside…who also brings a fresh mindset but who also brings experience.

The question is "would you always prioritize hiring somebody internally over hiring externally?" and again the answer is, unfortunately "it depends". So both cases are definitely doable and we see that happening in both directions…at least in our portfolio and also in other companies that we speak to.

M: That leads to my last question: how did you become the CTO of Project A?

S: That's a very good question…so when I look back on my career …I actually started as a developer, then I was a team lead, and then I grew to become the head of IT.

And then at one point, I was looking for a new job and was also talking to recruiters and actually got offers for CTO positions…and I applied for them.

But what happened then…and I'm not sure whether it was related to me or whether it's a general thing…I was not the only candidate…but I was a candidate who'd never been a CTO before. And so there was always another candidate in the game as well, who had held that role already…and so that was done - they were the preferred person.

They said "okay…look, that person did it already" so they felt much more comfortable in taking that person. And for me, at Project A at this time, there was a CTO training program that we did in the past….when we did more incubations…we had the idea of "baking" our CTOs ourselves.

So doing a half-year project… more like incubation and then the person is actually going over into the portfolio company….that was the plan for me as well. So I did my project..or my incubation…everything was not yet finished but close before…and then Project A came around and said: "Hey Stephan, we really like what you're doing here at Project A, would you like to stay?"

And then for me, it was an easy decision at that point in time to say "sure!" - and now I've been here for five years at Project A. They were super happy and excited about that role… also for me it was definitely the right decision.

M: Yes, I like the idea of a CTO incubation program.

S: Yeah, it really was a great idea at the time….we're not doing that many incubations at the moment so there's not that need…let's say…but maybe we'll have the chance again one day - I'm definitely up for doing something like that again.

M: Thanks a lot Stephan!